The game will be Ebuehi’s final game for the club before jetting out to Garoua in Cameroun to join the Super Eagles team who arrived the port city of Garoua and capital of the North Region of Cameroon, lying on the Benue River late Wednesday night.

The 26 year old Ebuehi has started eight of the 12 Serie A games he has featured in for Venezia since he joined on loan from Portuguese side, Benfica.

The Nigerian also played on loan last season at Dutch Eredivise side, Twente Enschede FC, starting all 33 games he played for the club with a goal and assist for his effort.

Ebuehi was drafted into the team following the injury to Shehu Abdulahi and Nigeria Football Federation president, Amaju Pinnick revealed Nigeria and Venezia struck an agreement for the player to travel down to Cameroun after Thursday’s Serie A matchday 20 game.

The game will start at 6.30pm and Ebuehi will be flown down to Garoua as the Eagles intensify preparations for their first game against Egypt.

The game will hold next week Tuesday at the 30,000 capacity Stade Roumdé Adjia in Garoua.

Agent: Osimhen has no plan to leave Napoli 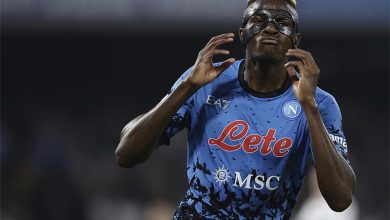 Napoli 3-2 Bologna: Osimhen is the hero for Napoli

Ademola Lookman: ‘I am enjoying my football. Long may it continue’!